Navigating the Ups and Downs of Social Media Comments 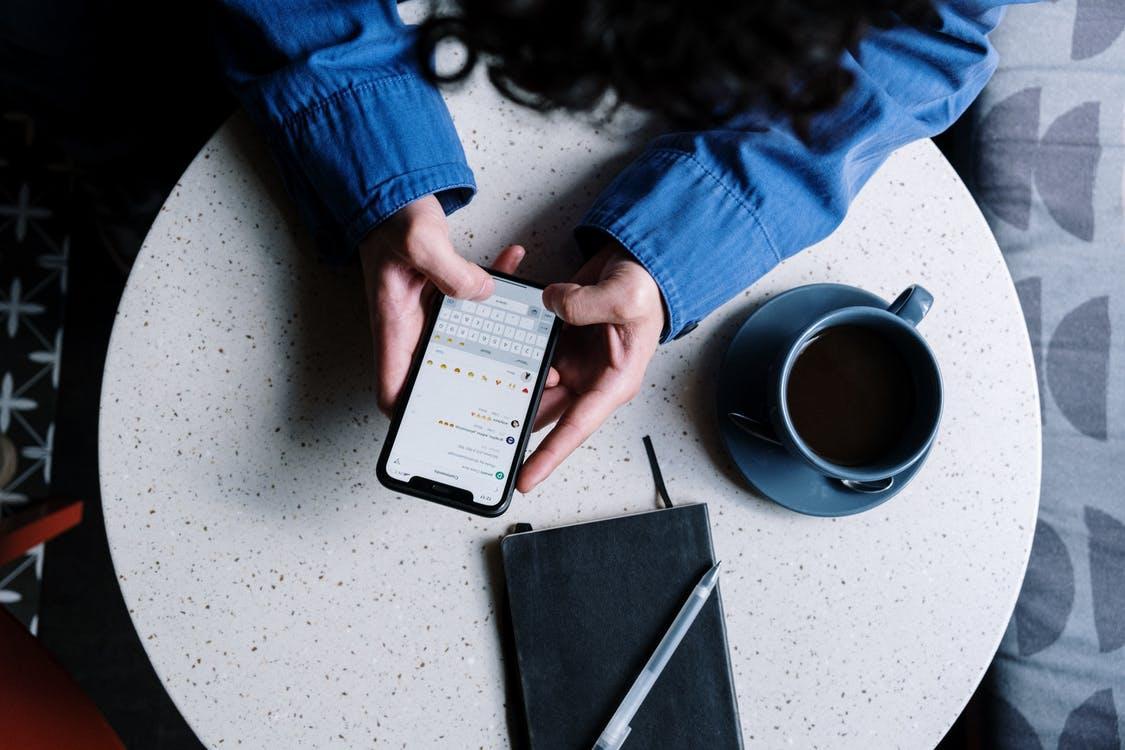 As of 2020, well over seven billion people were inhabiting the planet Earth … and over 3.8 billion of them used social media. Just let that number sink in for a minute.

There are few other platforms online, let alone any with any other medium in existence, that even comes close to that kind of reach. If you’re a business, there’s no argument that social media should be a part of your marketing strategy.

With that said, though, promoting your products, brand, and business on social media is anything but straightforward. Each platform has its own rules and regulations, and the way each one works tends to vary dramatically. To top it all off, you need to consider how you’ll interact with the users themselves.

With that in mind, here is a brief breakdown of social media, its importance in marketing, and how you can navigate the ups and downs of social media comments, in particular, as you utilize this unique channel in your marketing strategy.

There’s no doubt that social media, as a whole, is one of the most influential marketing platforms in existence. Just for perspective, consider the previously mentioned 3.6 billion social media users in contrast to another classic marketing medium: live television entertainment.

The Academy Awards draws a robust crowd that, at its best, cracked the 50 million viewer mark. The Super Bowl leap-frogged the film awards by drawing an impressive crowd that was just shy of 100 million live viewers. The World Cup, the live event to rule them all, was the only marketing event that could hold a candle to social media, racking up a staggering reach of 3.572 billion viewers during the 2018 tournament in Russia.

While the World Cup does come just shy of the 3.6 billion viewer mark, it’s important to remember one critical factor: it’s a quadrennial event. If you count on the World Cup to reach your audience, you’re going to have a one-month-long window once every four years.

On top of that, there’s the cost. The most expensive U.S. ad during the 2014 World Cup cost $1.18 million. In other words, if you want to promote your company during the world’s largest sporting event, you better have some pretty deep pockets.

When you put all of this in perspective, social media truly stands out as a premier marketing option. Not only does it have the potential to allow you to reach half of the globe, but it can be tailored to whatever marketing budget you have. If you’re a small business trying to reach a local audience, you can create a geographically-limited social media campaign that complements your larger marketing strategy. If you’re a massive global brand, you can expand that social strategy practically at will to cross-cultural and national borders with your marketing message.

It doesn’t matter the size, scope, or industry, when it comes to social media marketing, the primary objective is to communicate and establish a relationship with your customer base. While this core goal has remained steady over time, though, the way that it’s accomplished most certainly has not.

The Evolution of Social Media

Social media is, in many ways, still in its infancy. Most of the social platforms that either pioneered the industry or followed soon after its genesis aren’t even two decades old — and many are much, much younger than that. MySpace kicked off in 2003. Facebook was founded in 2004. Pinterest just turned 10 years old in 2020. TikTok remains very much the baby of the family.

The point is, the world of social media is still, in many ways the “new kid on the block.” During the first few years these various platforms became established, they attracted a steady source of income by offering powerfully effective tools for businesses to reach their customers congregating on each platform.

Over the years, though, the ability for businesses to generate massive reach out of very affordable social media efforts quickly began to fade. The Wild West atmosphere of those early days slowly evaporated as many platforms tightened restrictions, created new ways of vetting content, reduced organic traffic to business pages, and upped marketing prices. Additionally, as many larger companies became well-established entities, they began to eschew the need for businesses to be a part of their success.

Facebook led the way in this change in 2018 when they announced that they would be refocusing their operations on friends and family rather than brands and media.

Nevertheless, this return to a community focus didn’t herald the end of businesses using social media to reach their audiences. Their behavior simply evolved. After all, no savvy business owner was about to give up the chance to access such a massive portion of their customer base. While social media was anything but new by this point, as the second decade of the 21st-century began, it remained extremely popular. For instance, 37% of young millennials remained tethered to their social accounts daily.

However, rather than simply running into brazen and generic business advertising in their online pursuits, social media users began to find that they were actually interacting with brands more often. In other words, rather than simply encountering ads focused on mass communication, social media users have found in recent years that companies have increasingly shifted to a personalized, individual-focused business model in which they use social media to directly interact with customers. This has multiple advantages, as it can:

In other words, the steady evolution in social media has created an atmosphere in which businesses are cultivating real and genuine interactions with customers — much of which takes place in the form of comments.

Social media generates a huge amount of both content and behavior in the form of sponsored posts, images, infographics, likes, shares, videos, and the list goes on. Out of all of the forms of social content, though, comments are amongst the most interesting.

In essence, social comments serve as a sort of public dialogue in which either a business or one of their followers makes a declaration that anyone in their community can access. This is responded to by anyone interested in joining in the public conversation.

Comments can get a lot done. For instance, they can:

While comments are an integral part of the social media experience, though, they can get pretty nasty at times. It’s this unbridled and uncontrollable behavior that has caused companies to offer various censorship options.

Facebook has created a button for administrators to “hide” a comment, making it only visible to the commenter and their friends. Twitter recently took the fairly dramatic step of even allowing a user to control who is allowed to respond to a Tweet in the first place.

While being able to control comments is helpful, though, if all conversation is quashed, it can quickly undermine social media’s ability to facilitate critical marketing activities like generating engagement and spreading brand awareness. This is precisely why the way that you handle comments on your company’s social media feeds is a critical step in finding success.

How to Navigate Social Comments as a Business

Before you start posting responses and interacting with customers, the first thing that you absolutely must do is set the stage internally. The way that your staff approaches social media comments will have a huge impact on their impact and effectiveness (or lack thereof). There are two primary things that you can do to help create a cohesive internal approach to how your company handles comments on your social feeds:

By establishing clear rules and branding guidelines behind the scenes, you can help your team bring a sense of consistency to each official company comment.

Things like Facebook’s comment-hiding feature and Twitter’s new censoring options may feel like a godsend to a social media management team that is exhausted from moderating endless conversations. Tools like these make it much easier to protect your reputation and save time and effort typically spent dealing with spammers and trolls.

However, it’s important to remember that censoring and overly-controlling your audience’s comments can often lead to a sense of disingenuousness and even frustration, even from your loyal community members.

For instance, disabled or limited comments may lead to lower levels of feedback and customer interaction. This can also make it difficult to gather data for valuable analytics. Ideally, you should never block all comments. Instead, save the option of limiting comments for posts that you know could be particularly controversial.

Finally, when you do find yourself dealing with negative comments, do so with patience and respect. This can be done by:

In a certain sense, handling negative comments correctly is more important than the best positive comments you could ever post, as it demonstrates the authenticity and customer service that your brand brings to the table.

If you want your business to succeed, have a plan in place to ensure that you can weather the rollercoaster ride of comments that you’ll run into overtime.

From creating consistency behind the scenes to scarcely using that censor button to knowing how to handle negative comments, many skills go into surviving and thriving with your social media comments. Fortunately, if you take the time to strategize and provide your team with the training and guidance they need, you can turn your social media efforts — and those pesky comments, in particular — into a productive, effective, and powerful piece of your marketing strategy. 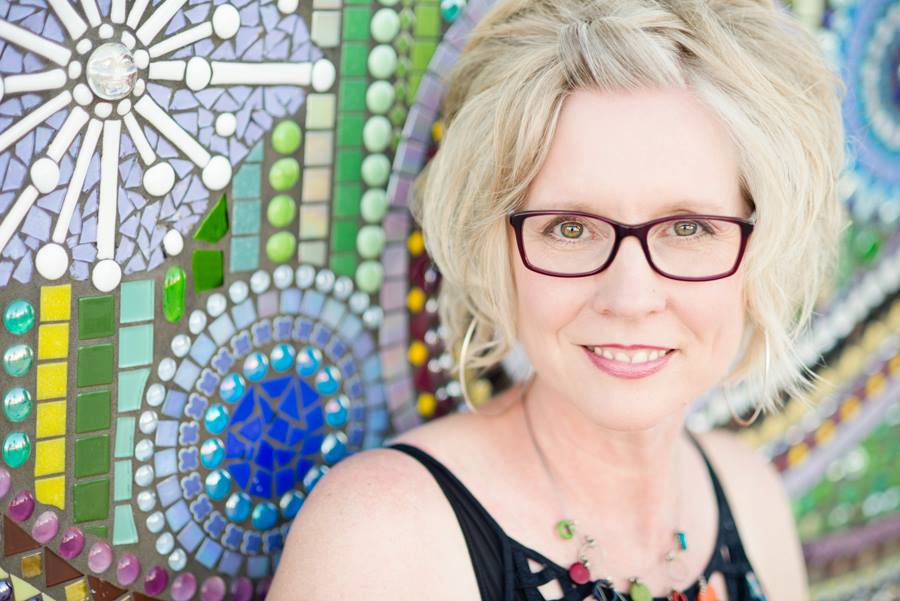 Adrian Johansen is a writer and marketer in the Pacfic Northwest. She sees life as an opportunity for learning, and loves to share knowledge with others. You can find more of her work here.